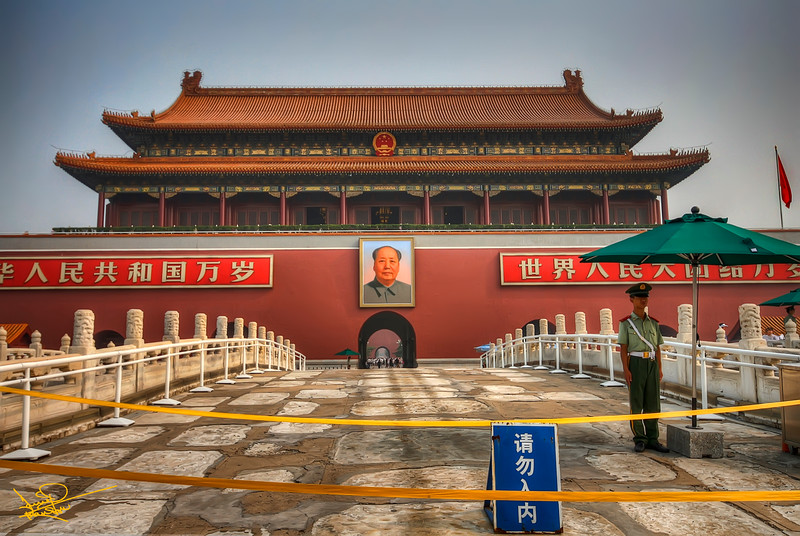 We had visited the Forbidden City yesterday but the tour we were on was rushde and that coupled with the huge crowds just ruine the whole experience. I decided to get up early this morning an go back on my own - this turned out to be the best decision.

Chairman Mao was a Chinese revolutionary, political theorist and communist leader. He led the People's Republic of China (PRC) from its establishment in 1949 until his death in 1976. His theoretical contribution to Marxism-Leninism, military strategies, and his brand of Communist policies are now collectively known as Maoism.

Mao remains a controversial figure to this day, with a contentious and ever-evolving legacy. He is officially held in high regard in China as a great revolutionary, political strategist, military mastermind, and savior of the nation. Many Chinese[quantify] also believe that through his policies, he laid the economic, technological and cultural foundations of modern China, transforming the country from an agrarian society into a major world power. His image can still be found everywhere in China from the walls of peoples homes to the public display outside of major landmarks.