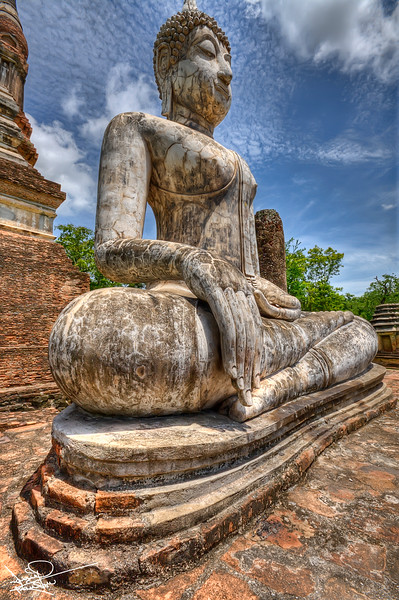 Sukhothai was the first capital of Bangkok, before Ayutthaya, and was founded in the early 13th century. Later, in the early 15th century, it was absorbed by Ayutthaya but today is considered on a par in historical value.

Sokhothai is now essentially 2 different towns consisting of new Sukhothai, where we are staying, and the old Sukhothai where the historical park and the ruins of the old capital are.

The old city is best explored on a bicycle, which can be rented easily on arrival to the historical park. The historical park itself is the most tranquil of places with countless ruins scattered around a 45km squared area surrounded by lakes and forest. We have spent the last couple of days riding around the park in the glorious sunshine.